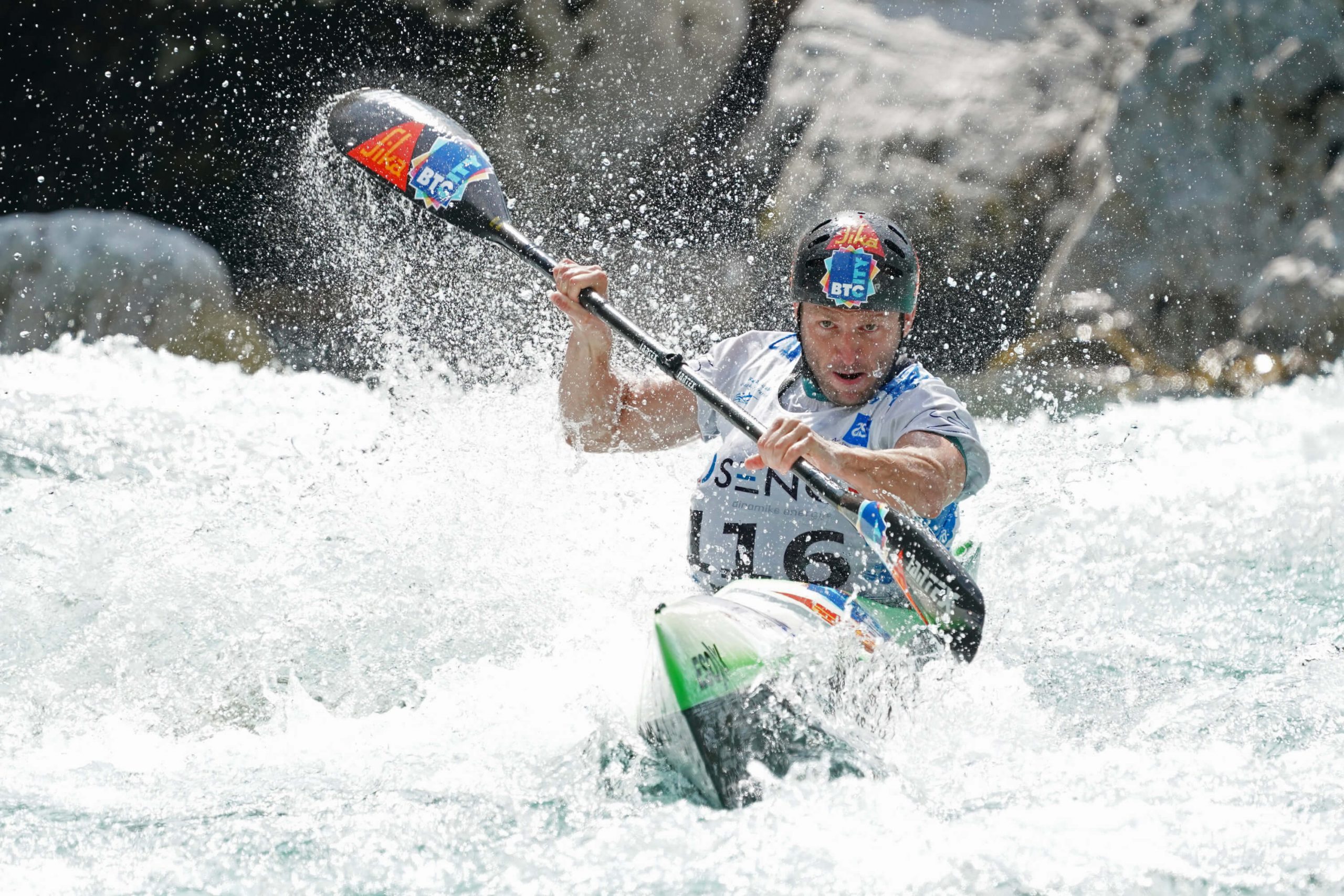 I compete in: Wild water canoe
I have been training since: (summer) 1996
Coach: Jernej Abramič
Results: (important) 4x world champion, 4x European champion. 23 medals from world championships, 12 medals from European championships, 35 medals from World Cup matches. 5x overall World Cup winner
What model of boat do you have and why? I paddle several models from CS Canoe, preferably the Esox 4 and Esox X models, which I also helped develop.
How do you prepare for the winter? The winter part of the preparations is, in my opinion, one of the most important for the top preparation of the athlete. I have been going abroad for several years in the winter for several years, this year I was in Spain for, say, 2 months.
What does paddling mean to you? (meaning, more…?) Joy, profession, relaxation, fun sometimes even on cold winter days torment 🙂
Which match do you remember as the most beautiful so far: It would be difficult to choose just one, as I returned from almost all major competitions with at least one medal, so there were many reasons for joy during my career. But they say you never forget the first one, so if I had to pick one I would pick the World Championships in Augsburg in 2011 when I first became world champion.
Favorite course: Bourg Saint Maurice and Soča Trnovo ob Soči
Do you paddle even when you’re not training? Kje najraje? I’m usually in the boat 2-3x a day, so I don’t paddle in my spare time and prefer to focus on other things.