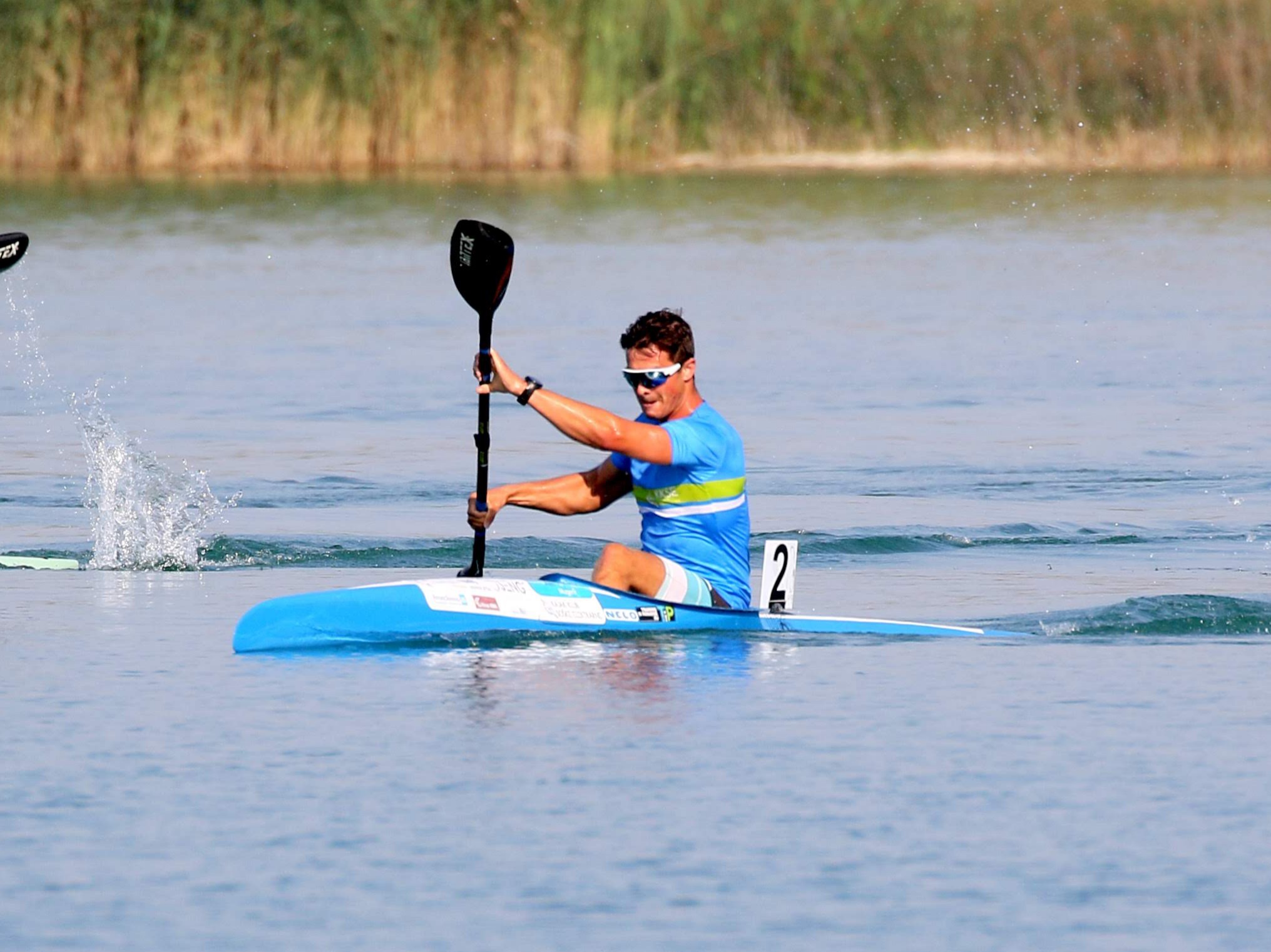 I compete in: Kayaking on flat waters
I have been training since: 2014
Coach: Jernej Župančič Regent
Results (important):
– K2 1000m 3rd place (Olympic Hopes Regatta Bratislava 2019)
– K2 1000m 3rd place (Olympic Hopes Regatta Szeged 2020)
– K2 500m 3rd place (Olympic Hopes Regatta Szeged 2020)
What model of boat do you have and why?
I paddle Nelo Cinco. I found myself in it quickly and I feel really good and enjoy it. V njem sem se hitro našel in se res dobro počutim ter uživam.
How do you prepare for the winter?
During the winter, we prepare mostly in the dry, but we still try to paddle as much as possible. We work out in the gym, we run, we also run on skis, we paddle on an ergometer, and I also like to jump on some touring skis to relax.
What does paddling mean to you?
I have enjoyed paddling from the very beginning. It means relaxation, joy and at the same time some impetus to achieve new goals. In addition, also hanging out with friends.
Which match do you remember as the most beautiful so far:
I remember the race from the Olympic Hopes regatta in Bratislava the most so far, because at that time Matevž Manfredo and I reached the 3rd place in the 1000m and stepped on the podium, which was my first in a bigger race.
Favorite track / lake…?
Of all the places where I have paddled so far, my favourite is still our home river Soča.
Do you paddle even when you’re not training? Kje najraje?
Yes, my friends and I go to the Soča to cool off several times during the summer. Sometimes along the lake, but often also somewhere in the wilder water.
Amulet za srečo: /